Ashling is a member of RISC-V International working closely on the evolution of RISC-V and we are a leading supplier of RISC-V development tools including our RiscFree™ IDE, Debugger and Opella-XD Debug Probe which are described below. Ashling also engages and cooperates with leading OEMs and semiconductor companies to successfully develop custom RISC-V engineering solutions including Tools and Services. The combination of Ashling’s deep technical know-how and a close working relationship with the end-customer enables us to provide best-in-class solutions tailored to your needs.

RiscFree™ for RISC-V IDE and Debugger

RiscFree™ is Ashling’s Integrated Development Environment (IDE) and Debugger for RISC-V based development.

Contact Ashling if your core is not listed as support is being extended continuously.

How to order
RISC-V Datasheet

Opella-XD is Ashling’s high-speed Debug Probe for all RISC-V Devices. Features include: 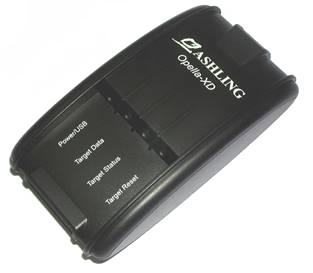 How to order
Opella-XD Datasheet

Please fill the form below to request a Password to download the RiscFree™ for RISC-V evaluation.
* RiscFree™ tools are free to use for non-commercial applications or evaluation. Please refer to our licensing terms and conditions below.

New features in this release

This software is free to use for evaluation and non-commercial use. For commercial use, you need to purchase a license before starting any actual development work. Contact Ashling for pricing and licensing details. By the act of installing this software package, reviewing the license agreement (during the install process) and clicking “Next” you subscribe to and agree to the licensing terms outlined.

© 2023 Ashling.
*All trademarks, brands and products of Ashling, Opella, ARC, MIPS, RiscFree, Taas, RISC-V, ARM, NXP, DesignWare are property of their respective companies.
**All contact forms on this site are protected by reCAPTCHA. Google Privacy Policy and Terms of Service apply.